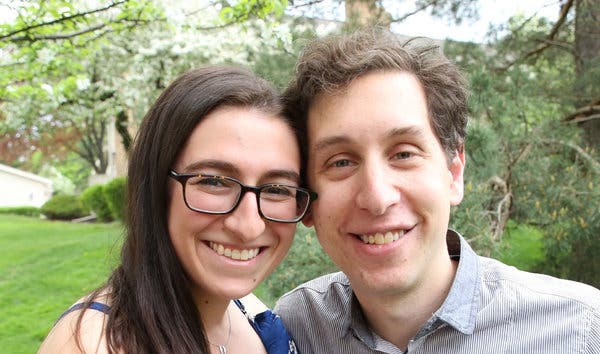 Leah Selma Schloss and Joshua Ian Tauberer are to be married Sept. 22 in Washington. Rabbi Aaron Alexander is to officiate at President Lincoln’s Cottage, a historic site.

Ms. Schloss, 31, is a counsel for defense, national security, government contracts and cybersecurity in the Washington office of the law firm WilmerHale. She graduated from George Washington University and received a law degree from Georgetown.

She is the daughter of Neil M. Schloss of West Bloomfield, Mich., and the late Debra Kapen. The bride’s father retired as the chief financial officer of Ford’s smart mobility division, in Dearborn, Mich. Her mother was a nurse before becoming a stay-at-home parent. The bride is also the stepdaughter of Terry E. Schloss, who was also a stay-at-home parent, and of Dr. Ehud H. Kapen, also of West Bloomfield, who is a pediatrician at Southfield Pediatrics in Bingham Farms, Mich.

Mr. Tauberer, 37, is in charge of product development at LARSA, a bridge-engineering software company; he works in Washington. He is also the founder of GovTrack.us, a website that follows Congressional legislation. He graduated from Princeton and received a doctoral degree in linguistics from the University of Pennsylvania.

He is the son of Gale Merlis Tauberer and Peter R. Tauberer of Plainview, N.Y. The groom’s mother retired as a speech-language pathologist in Plainview. His father is an independent civil engineer, also in Plainview.

The couple met in 2017 through the dating app Coffee Meets Bagel, and had their first date over coffee, in Washington after Ms. Schloss said that her favorite single-purpose kitchen gadget was her garlic mincer, and he responded, “That’s adorable!”