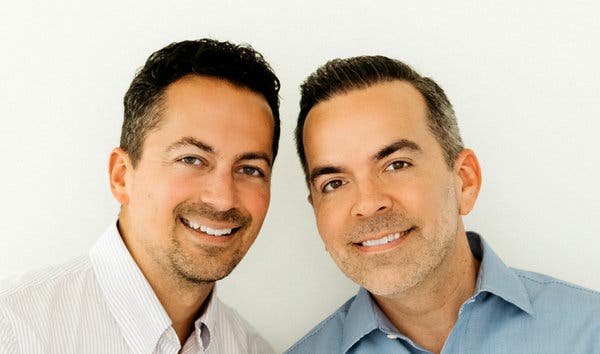 Joshua Javid Ghaffari and Mark Anthony Tyndall were married Oct. 19 in Washington. Sharon H. Yuan, a friend of the couple who was authorized as a temporary marriage officiant by the Superior Court of the District of Columbia, officiated at President Lincoln’s Cottage.

Mr. Ghaffari (left), 37, is the comprehensive-plan program manager in the District of Columbia’s Office of Planning. He graduated from Towson University and received a master’s degree in urban and regional planning from the University of Westminster in London.

Mr. Tyndall, 43, is the senior vice president for government affairs and the chief counsel for litigation at Mallinckrodt Pharmaceuticals; he works in the company’s Washington office. He graduated from Christopher Newport University in Newport News, Va., received a master’s degree in public policy from the College of William and Mary and received a law degree from George Washington University.

He is a son of Margaret Tyndall Owen of Hayes, Va., and Donnie L. Tyndall of Newport News. He is also a stepson of Ronald H. Owen.

The couple met in 2016, at a holiday party in Washington, and had their first date the following weekend.