Mary Lincoln, Another Side to Her Story

Mary Lincoln, a deeply controversial figure of her day, continues to draw an intense amount of public interest, sympathy, and even scorn.  As much as we continue to debate Abraham Lincoln and his presidency, so too do we dissect his wife’s actions and role in the Lincoln story.

Mary Lincoln was intelligent and highly educated (fluent in French, she received 10 years of formal schooling to Lincoln’s aggregate one year), with a well connected family (Dolley Madison was a kinswoman and Henry Clay a neighbor and family friend), and had a keen interest in politics.   Mary was one of the first to see the promise in Abraham Lincoln and, to her family’s initial dismay, wed the prairie lawyer who was little known, unrefined, and lacking formal education and familial and political connections.   Not unlike other first ladies, Mary Lincoln appears to have been intimately involved in Lincoln’s political career, for better or for worse (perhaps getting worse the higher the stakes became), and during a time when overt involvement in politics by females was often regarded as inappropriate or unwelcome. 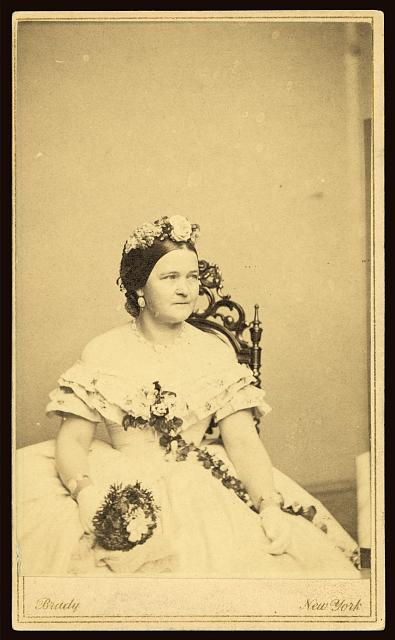 It cannot be denied that when the Lincolns arrived in Washington, DC, they entered a social and political minefield as Civil War loomed.  Opponents wasted no time deriding and ridiculing the Lincolns.  Not unlike celebrity gossip rags today, the public gobbled up outrageous stories about Mary Lincoln, eager for more.  But for every sensational story (whether based in truth or not), published about Mary, you can find a redeeming story that drew little press attention.  And for every judgment of Mary, you can find a great deal of context that’s omitted.

Much is made of Mary’s spending habits, but little is made of her frequent visits to hospitals to bring supplies and help care for wounded soldiers.  Fewer still know of Mary Lincoln’s letter to her husband (at the end of their first season living at the Soldiers’ Home) requesting $200 to be donated to Elizabeth Keckley’s Contraband Relief Association.   The Lincolns’ $200 donation was the single largest donation received that year for the CRA, which provided much needed relief to formerly enslaved African Americans who had fled to the District after the DC Emancipation Act was passed in April 1862.

Mary was called a traitor and a spy, her patriotism frequently questioned, in large part because of her Kentucky roots and her Confederate family members.  The theme of divided family is integral to the Civil War story, and was experienced first hand by the Lincolns while they were living at the Cottage.  Yet Mary never publicly mourned the loss of her siblings who died fighting for the Confederacy and once said in private, “They would kill my husband if they could, and destroy our Government—the dearest of all things to us.”

A frequent question at President Lincoln’s Cottage is whether or not Mary Lincoln was “crazy.”  When contemplating such a question, it cannot be ignored that Mary’s life was fraught with death and tragedy.   As author Catherine Clinton points out in her new biography Mrs. Lincoln: A Life, while Mary was not unique amongst Civil War Americans in having to endure these personal trials, unlike most others, she had to endure them on a very public stage, with the entire world watching–and critiquing–her every move.

Like all human beings, Mary Lincoln had her faults and weaknesses.  Her faults cannot be denied, but Mary’s strengths and admirable qualities deserve equal attention.

President Lincoln’s Cottage strives to offer a balanced story of the Lincolns and their time here at the Soldiers’ Home.   For those interested in learning more about Mary Lincoln, we welcome you to join us for two upcoming events.