Letters from the Lincolns When one considers the varied 21st century options for messaging, the creation of letters of correspondence may seem a painstaking literary exercise. Yet, those who study the past know that it is the examination and analysis of personal letters that reveals many insightful observations.

So it is with the surviving family letters of the Lincolns. Not all of the Lincolns’ letters have been preserved, but those remaining offer an intimate view of Mary and Abraham. The letters’ contents include news, political and financial concerns, and information about the health and well-being of their children.  The early letters, beginning in 1848, reveal to the reader a loving couple, lonely and unhappy when they were forced by circumstances to be apart. During his early days as a young U.S. Congressman from Illinois, Lincoln signed his letters to Mary, “Affectionately” and candidly indicated his loneliness. In his letter from Washington, April 16, 1848 Lincoln wrote, “… I hate to stay in this old room by myself.”

Lincoln’s letters also include references to his fatherly role. In his April 16 letter, Lincoln responds to Mary’s request for plaid stockings for their son Eddy. Ever the concerned father, Lincoln wrote to Mary, “I went yesterday to hunt the little plaid stockings, as you wished; but found that McKnight has quit business, and Allen had not a single pair of the description you give, and only one plaid pair of any sort that I thought would fit, Eddy’s dear little feet.” Hoping to accomplish Mary’s request, Lincoln continues, “I have a notion to make another trial tomorrow morning.”

Lincoln was concerned about being absent so long from his family and ended his April letter saying, “Don’t let the blessed fellows forget father.” A month later Lincoln’s letter of June 12, 1848 urged his wife to make the trip to Washington. He wrote, “Come on as soon as you can. I want to see you, and our dear-dear boys very much.” A July letter reflects a playful tone in referencing the boys, “Kiss and love the dear rascals.” 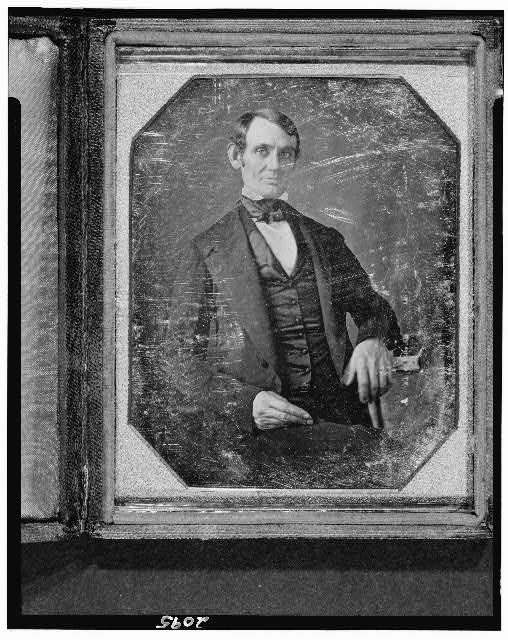 Letters exchanged between the couple during the Civil War years may at first glance appear stylistically formal and extraordinarily succinct, but the routing of the letters through the War Department could explain their directness and brevity. A letter from Lincoln dated June 11, 1863 to “Mrs. Lincoln, Philadelphia” reads, “Your three dispatches received. I am very well, and am glad to know that you &Tad are so.” Another letter from Lincoln dated December 4, 1863 and sent to Mary in New York City reads, “All going well.” These letters may seem more like 19th century text messages, but in addition to issues of security, Lincoln was burdened by the war effort and had little time for correspondence.
Lengthy or brief, descriptive or terse, the letters all indicate that Mary and Abraham did keep in touch when either was away, practicing well the art of spousal communication.

The letters herein referenced appear in Lincoln at Home by David Herbert Donald, Simon & Schuster, 1999. They are printed without change of spelling, grammar or punctuation.

Ms. Watson is an Historical Interpreter at President Lincoln’s Cottage.