DCist: Protesters At Lincoln Statue Didn’t Tear It Down—But Say They Will Try To This Week 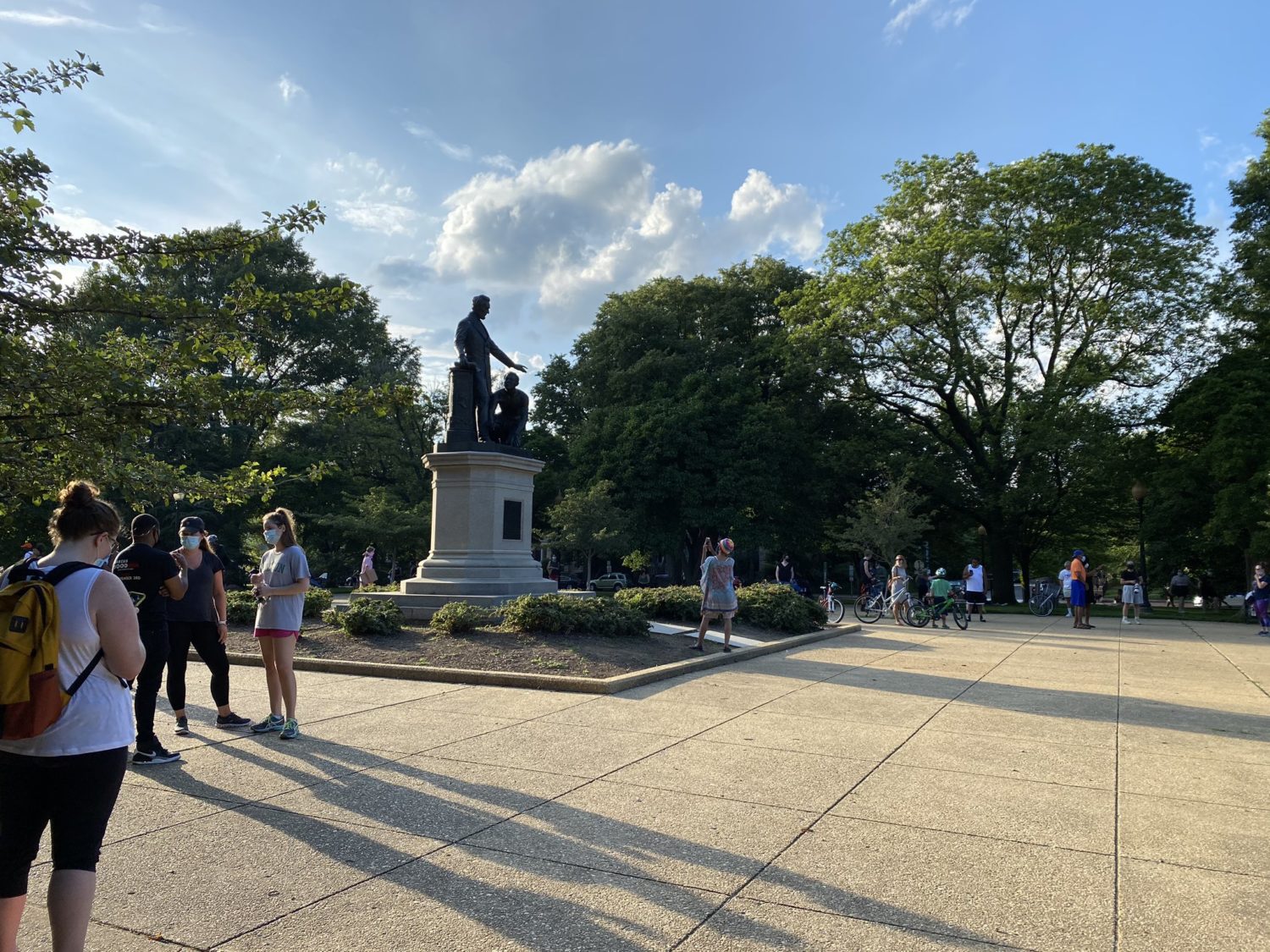 A crowd of about 150 protesters gathered at Lincoln Park just after 7 p.m., calling for a controversial statue of Abraham Lincoln to be removed. Members of the group said it would not attempt to pull the statue down immediately but would come back on Thursday evening with ropes to do just that.

The memorial, depicting Lincoln towering over a kneeling formerly enslaved person with broken shackles on his wrists, has been the subject of a petition calling for its removal in recent weeks. By Tuesday evening, the petition—which says the statue displays “degrading racial undertones”—had nearly reached its 5,000-signature goal. (The petition has since surpassed 5,000 signatures and a new goal of 7,500 has been set.)

D.C. Delegate Eleanor Holmes Norton also announced she would introduce legislation to move the statue to a museum.

Ahead of the protest, dozens of Metropolitan Police Department officers gathered at the park, and at least three Park Police officers stood near the perimeter as well.

At the base of the monument, Glenn Foster, 20, a rising junior studying government at Harvard University, shouted that the statue embodies white supremacy and the disempowerment of Black people. Foster helped organize the demonstration and said he’s the founder of the Freedom Neighborhood, which describes itself as “a youth-led revolution for our generation” on its Instagram profile.

At the start of the demonstration, Joanne Hatfield, a park neighbor, interrupted and pleaded for the group not to tear the statue down, but she was quickly shouted down by protesters. Hatfield, 62, said that an effort to tear down the statue would be a “publicity stunt” and that federal police would never allow it.

“I would just like a peaceful outcome and to have the discussion,” Hatfield, a white woman, told DCist/WAMU. “It’s good to raise awareness, but this is a federal park and the way to do it is to write to Congress and get them to change their mind. I mean, it is possible to move it. We just had it cleaned. Maybe it could go to Lincoln’s Cottage or something. I don’t think it should be done by mob mentality.”

Another neighbor, Erik Prince, a 44-year-old African American man, said he came out to the protest energized by young people driving the movement, and that to him, the statue represents the subservience of the enslaved Black man at Lincoln’s feet.

“The issue is that for far too many people it’s still that same type of mindset, where subconsciously, a lot of people still think of Black people in that way,” Prince said. “I think it should be torn down, and I’m of the mindset that it should not be placed in a museum—placed in a museum, to what end?”