DCist: Here’s Where The Counterprotests To ‘Unite The Right 2’ Are Happening 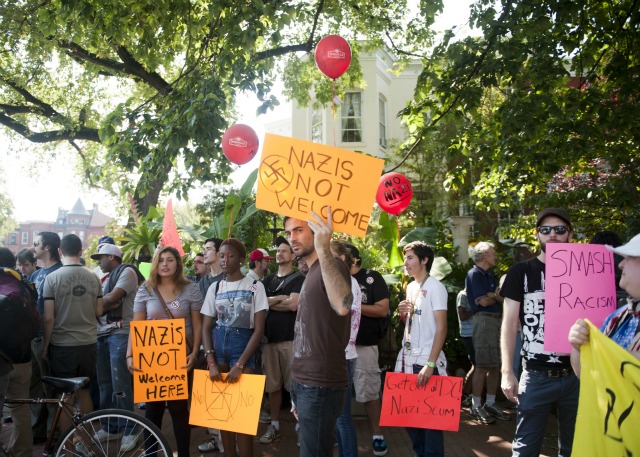 While white supremacists plan to rally in D.C. this weekend, counterprotests are expected to dwarf them in number.

Jason Kessler, the organizer of last year’s deadly rally in Charlottesville, secured permits months ago for an anniversary event in D.C. called Unite the Right 2. Kessler’s group was originally slated to return to Charlottesville, but late last month, in the face of the city’s refusal to grant him a permit, Kessler said he was switching gears to focus solely on the D.C. event.

With such noted racists as David Duke expected to speak, Washingtonians have organized a plethora of counterprotests and events, some of which are slated to take place days before the rally even begins.