Acoma Sky City is considered the oldest, continuously occupied settlement in the United States. The adobe community is located in New Mexico and is currently inhabited by 4,800 tribal members. The Pueblo of Acoma owns and operates Acoma Sky City. As a National Trust Historic Site, Acoma Sky City has access to the support and expertise of the National Trust for Historic Preservation in order to assist with the continued preservation of the site, just as President Lincoln’s Cottage does.

Theresa Pasqual, Director of the Pueblo of Acoma Historic Preservation Office recently contacted the President Lincoln’s Cottage staff to find out if we had access to additional information about Acoma’s “Lincoln cane.” The history of canes in Pueblo communities dates back to 1620, when the Spanish decreed that all Pueblo communities be ruled by Governors. The native Governors were given silver-headed canes to represent their authority under Spanish rule. Additionally, land grants were given to the Pueblo communities which provided each with ownership of its land. 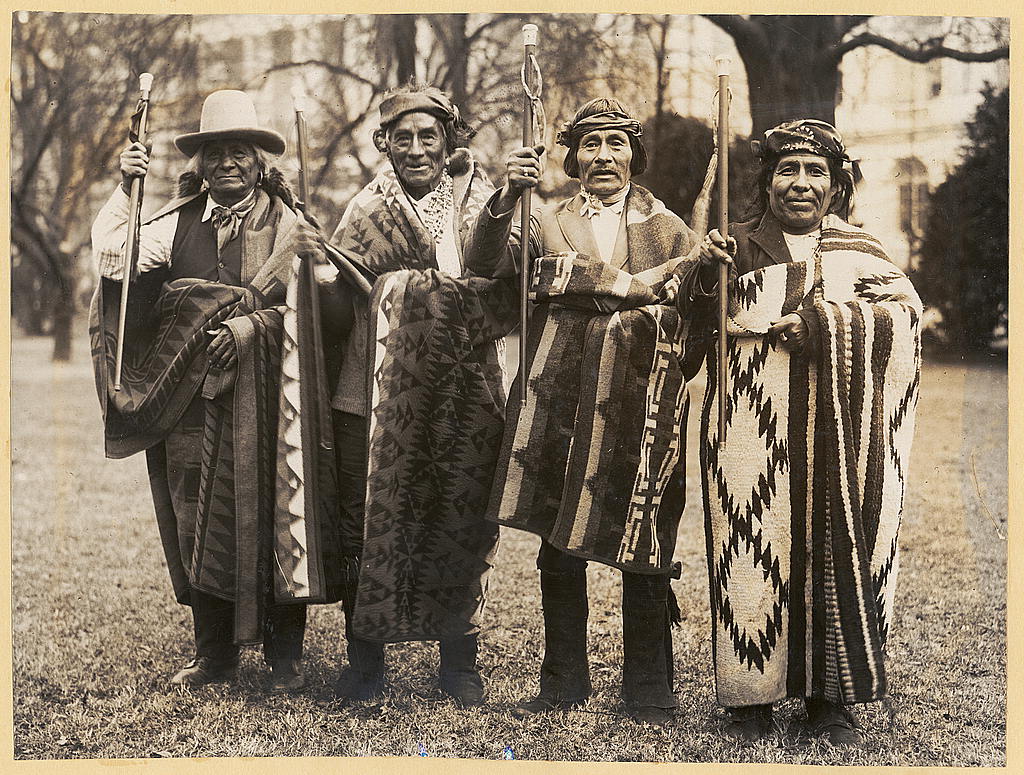 The “Lincoln canes,” as they are often called, are silver-headed and inscribed with the presentation year and President Lincoln’s name. They are still used by the Pueblo Governors to represent authority and the Pueblo relationship with the Federal government. As shown in the 1923 photograph (above), the Lincoln canes have always had a ceremonial and political function. Here, several Pueblo leaders are shown in Washington, D.C. protesting the Bursum Bill, which threatened the Pueblos with land loss.

The Lincoln canes have also been featured in a 1951 western film entitled “New Mexico.” The film, which chronicles the adventures of a young officer in the U.S. Calvary, features a scene between “Chief Acoma” and President Lincoln. While most of the footage is exaggerated and inaccurate, the clip is a unique mix of history and cinematic license.

Ms. Needham is the Administrative Asst. at President Lincoln’s Cottage.