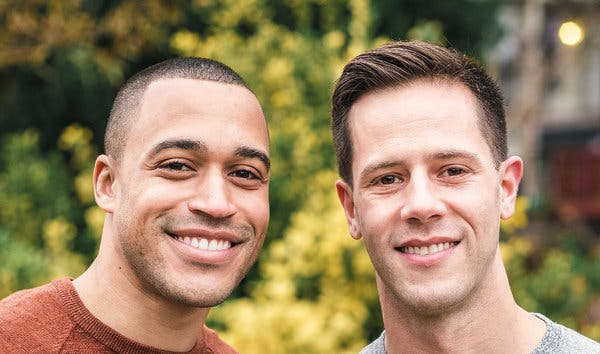 John Togbi-Tsikpo Dey and Philip Michael Tizzani are to be married Sept. 1 at President Lincoln’s Cottage in Washington. Rabbi Stephanie Crawley, assistant rabbi at Temple Micah in Washington, is to officiate.

Mr. Dey (left), 33, is a litigation associate at the law firm Ropes and Gray in Washington. He graduated from Harvard, from which he also received a law degree.

He is a son of Mary Ann Dey of Oldsmar, Fla. and John Dey of Fredericksburg, Va.

Mr. Tizzani, 32, is a professional staff member for the United States House Committee on Appropriations in Washington, handling education and labor policy issues. He graduated from Emory University and received a master’s degree in public policy from Harvard.

He is a son of Audrey Tizzani of Sarasota, Fla.

The couple met in 2013 at Harvard and connected at a Freedom Seder, a tradition that supports the African-American struggle for equality, that they both helped organize.